The cataclysmic First Breaking of the World gave birth to many races of Camelot Unchained, often in quite dramatic circumstances. Each race belongs to one of the three Realms, currently in the state of war over world`s territories and resources.

The races are very different from each other in terms of their starting (and immediately customizable) stats, banes and boons and in other ways.[1],[2] For example, races will not be "mirrored" between Realms (but rather based on "rock-paper-scissors" principle [1]), some of them will be better attuned to the sources of magical power in the world and so on. Also, it is possible that some of the mentioned races will not be there at the launch of the game.[3]

Mark Jacobs: "The races/genders will be very different from each other in terms of their starting stats/abilities but also in numerous other ways. For example, certain races/genders are better attuned to the sources of magical power in the world. I know some people will complain that this is not fair but that is how it is going to be in CU, where these choices matter. We want the player to think carefully before they create their character, to run the various character generators and read the guides before beginning the process. We are not seeking to gain traction among traditionally non-gamers but rather amongst experienced RPG and MMORPG players." [2]

Mark Jacobs: "Say, you want to play a mage who likes to play with fire, a lot. After deciding that a female Tuatha Dé Danann gives you a nice little bonus and after some serious min-maxing, you now have a character..." [2] 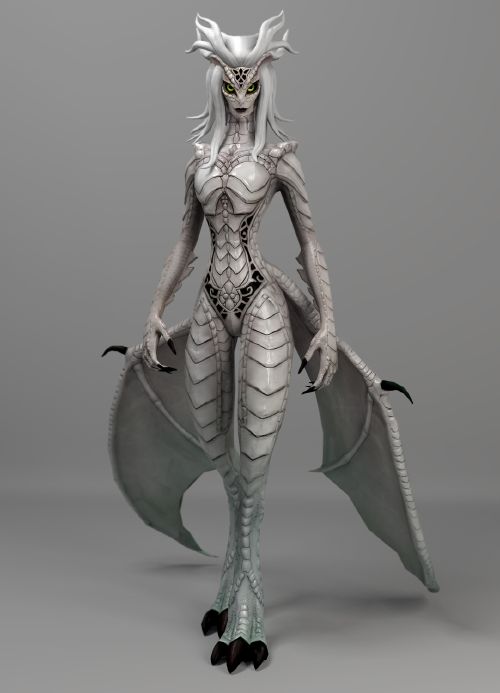 Mark Jacobs: "The race/gender statistical differences are only the beginning. I've talked about implementing a very PnP feeling Banes and Boons system which will allow further customization of a character. That along with the swing a sword enough times, your strength goes up also means that whatever your starting abilities are, you'll be moving up more than a little bit.

Additionally, players will be able to customize their characters more than just stats so adjusting body type and other attributes (race for example) also play a role in determining your baseline character. What it really boils down to is whether the initial statistical differences are so great that if you want to play a female human warrior for example you'll be really gimped (without arguing over "how gimped is gimped") in RvR. The answer that race/gender matter along with B&B choices but not to the point of being gimped after character creation.

The same thing applies to races/classes of course. We don’t want the races/classes to be the exact same across the various realms as we want CU to be based more on rock, paper, scissor rather than mirroring as we did in Warhammer Online. My feeling is that if I am willing to go RPS and endure the howls of people who want a mirrored system (or want their choice of realm/race/class to be OP), I might as well go all the way with making choice matter. With WAR, I told the team that I wanted to go mirrored because of the issues we had with Dark Age but it’s a different time now and thankfully a different game." [4]

Question: "Racial design is often a determining element in population balance. MMORPG players are visual creatures, and the ability to play characters they find familiar and attractive is normally pretty popular. In most MMORPGs human-like characters tend to be among the most popular due to that. Arthurians have Humans and Stormriders. Vikings have the Vikings themselves and Valkyrie. On the other hand, the Tuatha Dé Danann are all pretty alien-looking, with the Tuatha being the most similar to humans, but still quite far from them. You even avoided the classic elves. Is there a reason for having a faction more trending towards alien-like looks than the others? And is there no concern that this might turn the Tuatha Dé Danann into underdogs like it happened in many DAOC servers with Hybernia?"

Mark Jacobs: "First, I agree with you. Second, as I’ve said from the beginning of our Kickstarter, we are going to show more racial concepts to the players than there will be in the game at launch. So, the races you have seen up to now are just the beginning. Third, our next push on races will be humans because, as you know, we took a survey of our Backers, who told us they would like to see more human races. And so they will. :D" [3]